As a whole, the metro Atlanta region had the largest percentage gains in the 1950s, growing around 38 percent between 1950 and 1960. In terms of raw numbers, the region added the most residents in the 1990s, an increase of 900,000 people. Since the region is a major employment destination, it makes sense that there are a higher number of “transplants” that have moved to Georgia from another state.

When looking at the whole state of Georgia by county, we can see that the counties in metro Atlanta and those along the coast or state borders have higher percentages of residents born in another state. Another interesting spatial pattern is where there are high concentrations of foreign-born populations. In the metro Atlanta counties, Gwinnett County has the highest percentages of residents that are foreign-born (almost 1 in 4 residents). Nearby areas in Forsyth, North Fulton, and Hall counties also have pockets with high densities of foreign residents.

The demographic research topics spotlights the growth of the region’s Hispanic population, Millennials, and overall population. Click on one of the topic groupings below. 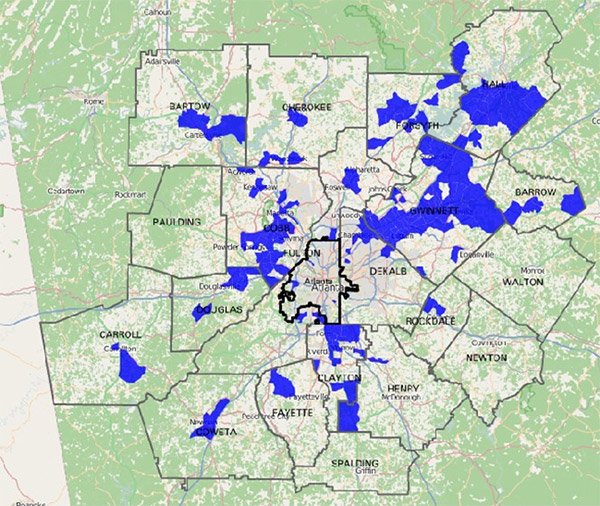 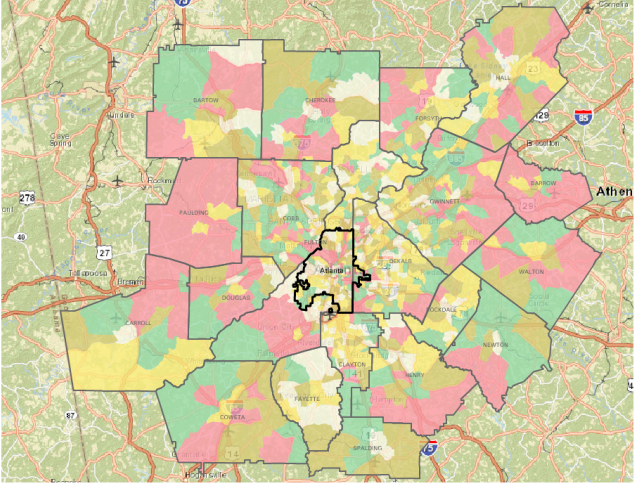 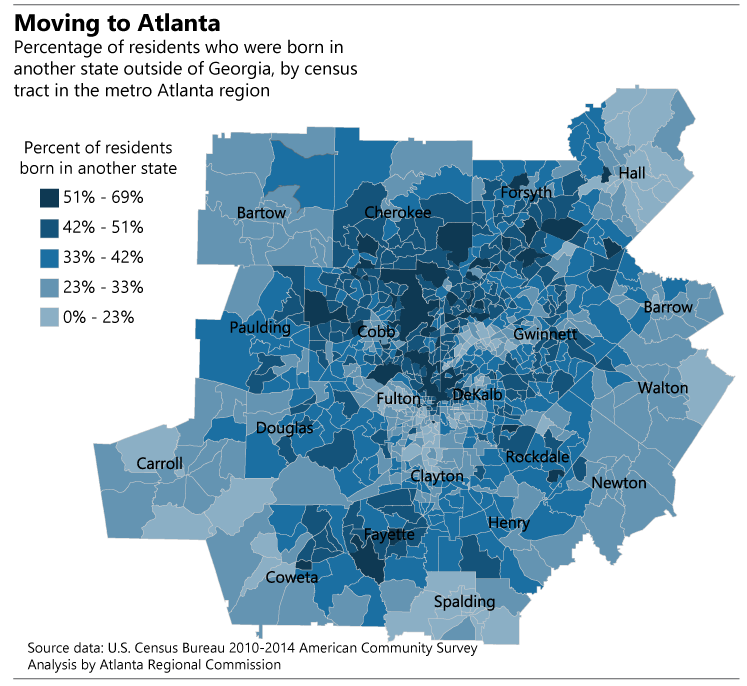